Rated higher than almost all 250,000+ books in 10 categories on Amazon.com

"The most important book written this century for Americans!" 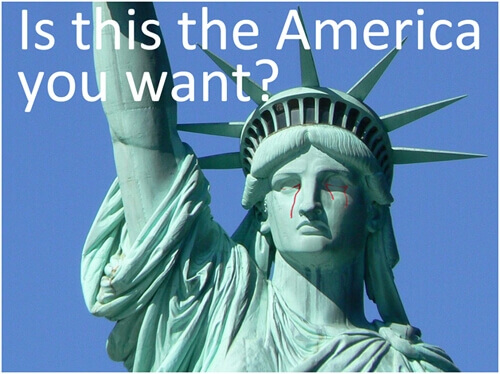 The Problem
One can look anywhere in the world where there is money or power, and corruption can be found rearing its ugly head.  This has been the case throughout history.  It is human nature. However, a legal system is possibly the least desirable place for corruption to exist because of the immense power the system wields and, at times, decides who lives and who dies.

Some recent surveys show that the average American’s confidence in the U.S. legal system is not very high—and with good reason.  It is replete with corruption, top to bottom and across the board, appearing in various forms, including bribery, bias, rule-breaking, law-breaking, conflicts of interest, and more.  Cases have surfaced lately across America illustrating corruption’s prevalence.

These include the traffic ticket fixing scandal and the investigation by federal authorities of the local sheriff’s and district attorney’s office in Orange County, California.  Perhaps people and the media are becoming more attuned to the corruption since the unrest in Ferguson, Missouri, in 2014 and other controversial nationwide events making news.  Yet we still have a ways to go before the vast majority of Americans are more informed and perhaps prepared to finally do something about it.

Shootings and killings by the police have certainly gotten mainstream media attention.  But the question that nobody else is asking is: why do police shootings and killings of unarmed and non-threatening individuals seem so common now?  That can partially be answered with another question: what do you think would happen if no video footage existed in these publicized cases?

In times past, when no such footage was available—a time prior to cell phones with the ability to record video—there was absolutely nothing to stop police from concocting a story in place of factual events.  This is not to imply they all did, but the door was certainly open for it.  Once again, the mainstream media completely overlooks, or possibly ignores, this fact.

Tom Scott and I have personally seen corruption in the judicial system in various states and courts.  None are immune.  Tom has witnessed personnel in the Taunton District Court in Massachusetts manipulate court records, break court rules of procedure, neglect to send case updates, and commit state and federal crimes—in just a single civil case.

That same court has allowed an attorney defending that same case, Joseph L. Michaud, to commit multiple felonies: perjury, obstruction of justice, and conspiracy to commit fraud.  The court has also trampled upon the U.S. Constitution and conspired with Michaud.  Tom Scott is the plaintiff in that matter.

In a California criminal case, someone was falsely implicated because of the alleged acts of the wife of her ex-boyfriend, who is a member of the legal system—a federal marshal—but the suspicion is that he might be behind it all since the story just doesn’t pass the “sniff test.”  The implicated person was charged with a crime and spent months in jail before being released only to find that the system would not be completely clearing her of the charges until the statute of limitations expired so she couldn’t sue the responsible parties.  It has gotten so bad that nothing the system does surprises me anymore.

The Causes
The trend towards more injustice, more disparity, double standards, and more corruption in general seems to still be accelerating, as disturbing as that sounds.  There are many contributing factors, but the biggest one I see is the lack of external competition for the system.  In the private sector, competition keeps corruption and prices down and quality of service up—the exact opposite of what we have in today’s “justice system.”

Note that the judicial branch is the only one of the three branches of government that directly “serves” Americans on a daily basis.  The legislative and executive branches do not.  As such, it is the one in which competition would mitigate, if not go a long way towards eliminating, all of its undesirable qualities, such as poor service, bias, favoritism, high costs, and corruption.

In a perfect world, having a separate, parallel, competing legal system would be ideal to address the problems created by the current one.  Each could be a true check and balance on the other.  As things stands now, when a problem is created by the system, it can only be addressed in that one system—which is complete lunacy!

Other factors that have compounded the problem include judicial and prosecutorial immunity, our exorbitant and ever-increasing number of laws, three-strikes laws, the prison-industrial complex, and much more.  Add to this the police state that America has now become post-9/11, and you have a volatile combination that can strike almost any citizen at any time.

When it comes to laws, more are not better—less are better.  Wiretapping laws, civil asset forfeiture laws, and the USA PATRIOT Act were passed to counter the drug trade, terrorism, and other truly criminal acts.  Instead, they have now enabled spying on Americans, further militarized the police, stripped U.S. citizens of more rights, and backfired on the populace.

There are numerous examples of government’s knee-jerk reaction effectively closing the door after the calf has already left the pen, but the point is that laws intended for one purpose are frequently misused for another.  To quote Benjamin Franklin, “Those who would give up essential Liberty, to purchase a little temporary Safety, deserve neither Liberty nor Safety.”  While the road may have been paved with good intentions in creating these laws, one thing the nation does not need is more laws.

With the count standing at well over 1,000,000 and growing all the time, this is yet another contributing factor to corruption in our judicial system.  Too many laws, criminal ones in particular, allow an overzealous or unethical prosecutor to apply them to whomever he so chooses.

Lastly, consider that vehicular fines alone raise billions of dollars for the government each year.  Add to this billions more generated by other segments of the legal system, such as the family courts, divorce courts, and other courts.  It should not be difficult to see another one of the reasons why corruption is widespread within the system.  As money-making potential increases, so does the incidence of corruption.

The Future
Thomas Jefferson warned future generations in 1821: “The germ of destruction of our nation is in the power of the judiciary, an irresponsible body—working like gravity by night and by day, gaining a little today and a little tomorrow, and advancing its noiseless step like a thief over the field of jurisdiction, until all shall render powerless the checks of one branch over the other and will become as venal and oppressive as the government from which we separated.”  On the course we are on, his cautionary tale is rapidly coming true.